…a pot of tea, an open fire and some quiet stitching on a Sunday afternoon

I’m working on a new appliqué quilt called ‘Love Entwined’.  It is an historic appliqué quilt dating back to 1790, which has been interpreted and re-created by Esther Aliu (you can read more about it here). Esther is generously offering this magnificent quilt as a free BOM over on her blog, if you care to join in 🙂   Just hit the button in the sidebar and it will take you straight to Esther’s blog.

Not much is known about the original, other than it is from the Georgian Era, England, heavily appliquéd and is described as a ‘fine marriage coverlet’.  It will be a real labour of love and will probably take me in the region of two years to complete!!

It took me ages to get started … partly because I discovered it just before Christmas when I had a million and one other things to do, but mostly because I was nervous about the huge undertaking that this quilt represents.

I mean this is BIG! Not just in size (96″ x 96″), but also in the challenges that it poses.  It is an intense appliqué project and I have never attempted anything quite on this scale before. Yikes!

The first challenge was choosing the fabrics.  This is the part that, for me, takes forever as I keep changing my mind!  Laying out some fabrics on my work table helped a lot 🙂

The second challenge was the Mariner’s compass block as I have never done one before. It took a couple of attempts, but I got there in the end …

The appliqué pieces on this quilt are an awful lot smaller than they look, but I have been getting around it with a few carefully placed embroidery stitches 😉

Now that I have finished the centre circle, I think I am over the worst.  Yeah right, who am I kidding?

What new challenges have you set yourself for the New Year?

My sewing room in the Cheshire countryside is where I create, stitch and quilt and here is where I share the story behind the stitches. I hope you find something here that inspires you to create and have fun! Natalie xx

Find me on Face Book

Find me on Face Book

Pattern available in my Etsy shop

Pattern available in my Etsy shop

Pattern by Patchwork Pottery from the book “Zakka Style” 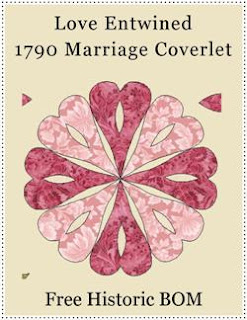 © 2013 - 2015. All rights reserved. I would be over the moon to learn that you have created something using one of my tutorials or patterns! If you feature any of my projects on your blog, please give credit for my work and link back to my site. Please don't use my pictures or exact wording.

The copyright for my photographs, patterns, tutorials and designs lies with me. © sewing room secrets / Natalie Kaprielian 2013-15 and may not be reproduced, copied or sold, neither is it permissible to make up finished items for sale using my patterns or designs. I spend a lot of time designing the patterns: getting the idea, gathering the appropriate materials, all the trial and error that goes into creating it, taking pictures, editing pictures and writing up the pattern/tutorial. Thank you for understanding and have fun creating ♥

Learning to patchwork - a little at a time

I sew. I hoard fabric. What do you do?

Simply Made Kitchen and Crafts

Making a quilt.....one stitch at a time.